The Need for Speed: Implementing AMP for Your Site

Speed is absolutely essential to business and entertainment online. Gone are the days when users patiently wait for their dial-up connection to serve content at a snail’s pace; instead, your customers and readers expect lightning fast speeds and instant content at their fingertips. The need for speed is more prevalent than ever before, and search engine optimization (SEO) now even takes the load speeds into account when ranking your site. Google and other search engines expect speed; how will you deliver it?

An exciting new development is the creation of the open source Accelerated Mobile Pages (AMP) project. At its core, AMP is all about serving web content faster, designating pages and components so the user’s system understands how to quickly access what it is trying to display. The benefit of an open source model is that flaws are quickly patched, bugs are squashed, and there are openness and accountability in how the systems are implemented. 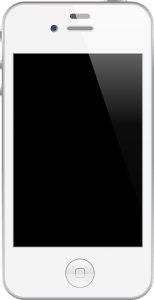 But why is this even necessary? The answer becomes apparent with just one word: mobile. The massive proliferation of mobile devices took the world by storm, and in less than a decade mobile devices have gone from being a tiny fraction of the browsing market to a powerhouse. Sites without mobile versions are increasing bypassed in favor of sites more responsive to the needs of the mobile user, and many websites which for years have survived with slow-loading content are now being discarded by impatient mobile users tired of waiting for their devices to load. We are rapidly reaching a point where mobile devices are becoming the go-to device for web use.

At its root, the idea of AMP is very simple, although the implementation is far more complex. It consists of three inter-related components. First, AMP HTML provides special instructions and restrictions added to HTML to allow your site to serve up static content dramatically faster than it would otherwise be capable of doing. Second, the AMP JS library modifies the rendering of the web pages in the user’s browser to dramatically improve load times and rendering speeds. Third, a partnership of the AMP project with Google created the Google AMP Cache, a special cache which allows the user’s system to bypass otherwise slow loading by instead displaying cached versions of static content from Google’s many local caches around the world.

Benefits to You and Your Users

The benefits to your company are enormous. The blog Kissmetrics did a survey of websites and found an astonishing fact: a delay in load time of even a single second was enough to reduce conversions of users to paying customers by 7%. Even more crucially, 40% of users surveyed said they would abandon a page if it took longer than four seconds to load. Clearly, every second counts in page loading, and AMP’s stated purpose is to dramatically increase load times. By loading faster, and drawing static content from the Google AMP cache, your site will load far faster than a site that doesn’t utilize AMP; the data shows that this will drive traffic to your site over that of your competitor.

Given the data garnered from the Kissmetrics survey, AMP is a solid business and design decision. Not only does it save data, increase ad viewability, and result in higher conversions, it also lowers site load times below the one-second threshold. With a website loading this fast, you won’t have to worry about customers abandoning it for a faster service. 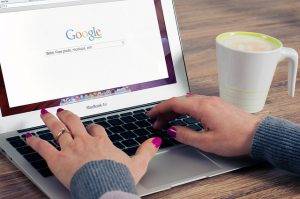 Perhaps the most important benefit of implementing a system like AMP is that SEO relies on page speed, now more than ever. In 2010 Google announced that a page’s speed was going to begin factoring into their algorithms; other search engines have since followed. If Google and other search engines have begun to tailor searches to speed, then a slow site can mean death, particularly in an age where many products rely heavily on their web presence for business.

So now, not only does a slow website mean it is far more likely to shed users who are impatient to get to the content, it also means that users are less and less likely to be able to even see the website in the first place. Particularly for those business owners and writers that rely on Google and other search engines to drive traffic to their business, this can be fatal. By increasing speeds dramatically, that will improve page ranking and give your site a good showing in searches. Google even rewards those companies that implement AMP-powered mobile versions by marking those websites with an AMP logo in Google searches.

What are you waiting for?

The newer, faster internet is here to stay–and is only going to get faster. As websites deliver more and more dynamic content with embedded media and high-resolution images, and ISPs roll out fiber connections to more and more cities across the world, it’s crucial to your online presence that you’re not left in the dust.

We will implement AMP on your website so that the content remains unchanged; all that will change is that users to your site will see blazing fast connections and quick, responsive information. Given the surveys and studies about the necessity of fast load speeds, and the way that content loading and caching changes customer and reader behavior, it is only logical to act now to upgrade your site to meet modern speed standards. Feel the need for speed and call or email us today toll-free (844)Geek-NYC  (844) 433-5692 your customers and readers will love you for it.